When I came across Mike Wittenstein’s site Storyminers, I knew I wanted to 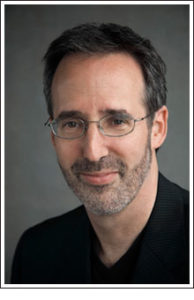 learn more about how he captures customer-experience stories.

The Q&A with Mike will appear over the next five days.

Q: How did you initially become involved with story/storytelling/narrative? What attracted you to this field? What do you love about it?

A: During the grade school years, my parents sent me to Hebrew school to prepare me for my Bar Mitzvah. Year after year, we learned the same Bible stories, albeit with more details and added moral lessons each time around. Once, in junior high school, one of my friends used a Bible story that they had learned at (Christian) Sunday school to make a point. I shared a couple of the differences I noticed from the version of the story I learned and quickly found myself on the other side of a verbal fight. It was at that moment I knew the power of a good story. Not only can storytelling inform. It can stir one’s soul.

It wasn’t until two more decades past, that I learned the importance of story in day-to-day business communications. I co-founded one of the country’s first new-media agencies, Galileo, in the early 90s. My partner and the company’s creative director, Jackie Goldstein, taught me to never let technology interrupt the flow of the client’s story. What she did with evocative and beautiful imagery, I learned to do with words. As we learned to combine our efforts effectively, our level of success increased.