Home » Storytelling and Career » Job-Search Storytelling Evolves, with Some Twists
Posted on September 10, 2012 by KatHansen

In interviews, signal that you are about to tell a story. Thus 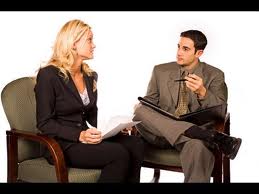 Geoffrey James advises in How to Spin Your Career Story and Get the Job. James, whose article follows the principles of Mike Bosworth, author of Solution Selling (1994) and the more recent What Great Salespeople Do (2011), suggests that introducing an interview response with a line like, “Let me tell you a story,” is effective because it “puts the listener’s mind in a receptive state.” I agree with this advice for the most part, but since I assert most interview responses should be in story form, I’m concerned that the interviewee will come off as repetitive if he or she announces the intention to tell a story at the start if each response. Use this declaration sparingly.

James also offers good, if not novel, advice on the story setup (protagonist [the job-seeker], place, and time) and his take (or Bosworth’s) on classic job-search story formulas (goal, obstacle, decision, result). Thus, joining the constellation of formula acronyms (such as PAR for Problem –> Action –> Result) is GODR. He suggests that stories be no more than two minutes. I agree, but even two minutes is pushing it in these attention-deficit times. James posits this motivation for the ubiquitous interview “question,” Tell me about yourself:

I would submit that this reason is one of many. Interviewers use “tell me about yourself” because it’s the most common interview query and is expected; they ask it because they do not have advanced interviewing skills; they ask it because it’s a good icebreaker — among many other reasons. Although the “tell me about yourself” request is, in my opinion, one of the hardest to which to provide a storied response, James offers a nice example of one.

In job-search communications, relate the “results” part of your story to business value. So (wisely) says Jennifer Hay in So What’s Your Story?. Her twist on the classic job-search story formulas is Business Need –> Actions –> Business Value. She provides an effective example of such a story:

I developed a solution for a multi-billion dollar company to replace legacy technology architecture for a critical project costing system. This typically straight-forward project was complicated by the fact that the company was a primary manufacturer for the federal government. To comply with conditions of government contracts, replacement technology selection required a comprehensive, unbiased decision-making method.

I was up to the challenge; this was a great opportunity to use my extensive research skills. I chose an Analytic Hierarchical Process model because AHP is a natural fit for complex, multi-criteria analysis. I evaluated each vendor based upon strict criteria. My recommendations were fully documented, thus adhering to government regulations. I was pleased and gratified when the company selected my first recommendation.

Then there was the expected surprise. The company liked the decision-making process so much that they decided to implement as the organization standard for unbiased and fact-based decisions.

Use an open-comment box on an online application to tell a story. Liz Ryan has long championed storytelling in the job search, but the advice she offers in Outwitting the Recruiting Black Hole,is a truly novel twist:

In any open comment box your next Black Hole job application form puts in front of you, write something that tells the employer you understand his or her business situation and have lived through the same movie, yourself. The message “I have an idea of what you’re up against over there at Acme Explosives” is a million times more powerful than the lame and oft-repeated messages “I’m industrious, loyal and creative, a results-oriented professional with a bottom-line orientation.” We have heard that tired, robotic line too many times — there’s no life in it. You could write something like this, instead:

I heard about Acme Explosives from my sister Pam, whose company is a supplier of yours. She said you’re growing fast and in need of Project Managers to get your new X-15 stick dynamite products out of the chute and onto the market. At Roadrunner Industries, I managed the launch of the Desert Delights birdseed line, which added $14M to revenues in its first year (budgeted for $10M).

Why is this approach important? As I’ve recently been reading with greater frequency, employers’ keyword-searching Applicant Tracking Systems are keeping many perfectly qualified candidates from getting interviews. They may even be contributing to the unemployment crisis and certainly play a role in the so-called “skills gap” employer complain of (“We have plenty of vacancies; we just can’t find skilled people to fill them.) As Ryan writes:

Now that the vast majority of recruiting activity happens electronically, job-seekers have had to adjust their activities to conform to the online recruiting paradigm. I call the gaping maw of an organization’s recruiting portal the Black Hole, because it shreds resumes the way black holes in space shred objects into sub-atomic particles.

One of the worst things about the misguided-but-nearly-universal use of Black Hole recruiting systems is that they choke the life out of job applicants, reducing complex and fascinating (not to mention hard-working and creative) people to keywords and job titles. That’s a shame, but job-seekers can do a lot to thwart the Black Hole’s efforts to turn them into anonymous drones. They can give context to their past jobs and current job-search aspirations.

Ryan is right. Give employers context. Give them stories.